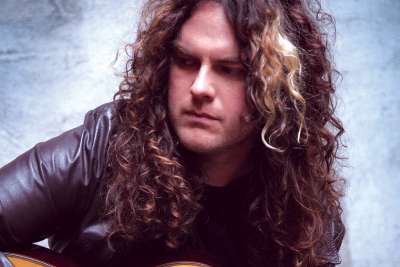 A musician honors his gift from God

When Sean Kelly isn’t on stage rocking his guitar in front of thousands of fans, he can be found in a classroom with his students or at home with his wife and two young sons.

Lead guitarist for award-winning Canadian singer Nelly Furtado, Kelly is the founder of Toronto rock band Crash Kelly and has toured with such legendary artists as Alice Cooper. But he is also a music teacher at both St. Timothy’s Catholic School and Canadian Martyrs Catholic School in Toronto, where he teaches instrumental and vocal music to grades 7 and 8 from kindergarten to 6th year. While it may seem like a double life to some, for Kelly it’s all part of who he is.

“I think I’m honoring a gift,” Kelly said. ” I believe him. I think music is a gift from God and I feel I have to honor it in the best way possible.

He’s been in love with the sound of rock and roll music since growing up in North Bay in the 1980s. With a pawnshop guitar and an old amplifier given to him at Christmas in 1984, he began to trying to emulate his favorite artists such as Van Halen, Def Leppard and Mötley Crüe. Growing up, he found solace in music in many forms, from performing in his church choir to practicing rock and roll with his friends. Like many teenagers, he struggled with insecurities and through music found a sense of belonging among others who shared his passion.

The call to teach snuck up on him. He studied music at the University of Toronto and started playing with bands, landed record deals and started touring. He decided to take a break from touring to go to teachers’ college. His plan was to be a substitute teacher to supplement his music career, but he ended up “falling in love with it”. He started teaching in 2000 and for the past 22 years he’s been in the classroom, making time for gigs touring here and there. He also spent time teaching the music business to high school students on First Nations reserves and mentoring young artists.

As an educator, Kelly ultimately tries to show her students that music is a universal language with the power to create a sense of community and belonging for all, regardless of superficial differences used to divide people. Throughout history, he teaches, music has been a tool of unity. From racial segregation in North America and beyond, music has brought people together and helped show that inside all human beings are essentially the same.

“I think ultimately I’m called to be a teacher based on my experiences,” Kelly said. “I have seen many things in my life. It’s funny, I’ve talked (to my students) about African-Canadian and African-American musicians and artists. I tell them how jazz music has been one of the main sources of unity in bringing together black musicians and white musicians. What a vehicle for social justice it was and how many barriers have come down where politicians have failed and society has failed. I find that music is a way to speak to our greater humanity and is a great common thread.

Balancing his life as a teacher, husband, father, and rock musician has been a synergistic dance over the years. Keeping his family first has been the key that has kept him grounded. These days, raising his seven- and 10-year-old sons holds him back as much as possible. A family affair, his wife and children are also music lovers and his children take piano lessons.

More than a profession, Kelly says music is still her favorite pastime. He’s amassed an impressive collection of guitars over the years and after a long day, tinkering with the guitar is still his favorite way to unwind. It’s a time to reflect on the experiences throughout the day and let the energy of the music reverberate through your fingers. Since childhood, music has always been synonymous with camaraderie, friendship and spiritual connection.

“In church, music is a form of prayer,” Kelly said. “I wonder if it’s always been that way (for me). If you’re still trying to honor the gift God has given you, maybe that’s a form of prayer. Interesting thought.

Early Access Battle Bands Impressions – For Those About To Rock