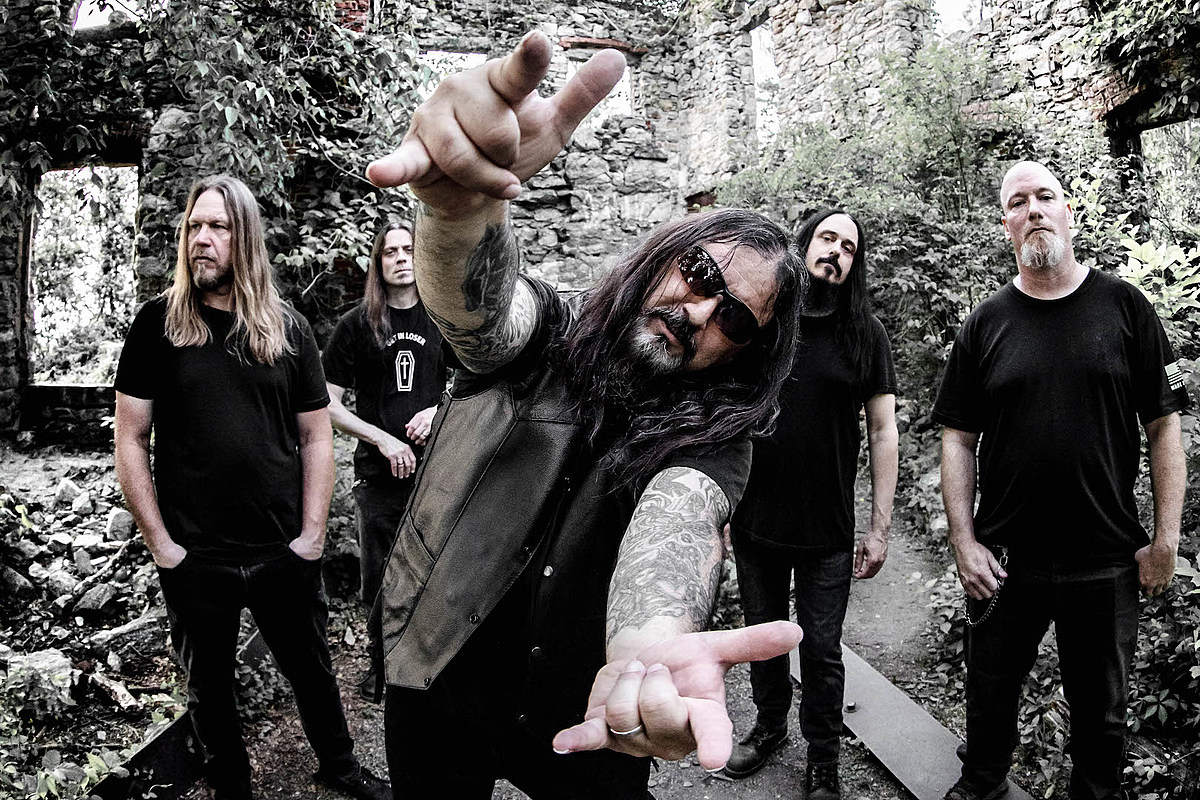 A Pale Horse Named Death mastermind Sal Abruscato was the final guest on Full Metal Jackie’s weekend radio show. The former Type O Negative and Life of Agony drummer explained how he still draws on his experiences dating back to the early 90s when writing new tracks, which he has had plenty of time to focus on in the past. the middle of the pandemic.

Infernum in Terra marks the band’s fourth full album, although Abruscato has suggested that another new record might not be far behind the tour doesn’t seem feasible and if he stays home over the coming winter then that the pandemic continues to impact the lives of everyone around the world.

Read the full chat below.

Your words touch the balance between darkness and light. Musically, what translates this sense of balance, especially on the new album?

It’s just my focus on things of a dark nature and death. I firmly believe that if you believe in God, you must believe in the devil – for there to be light, there must be darkness. Whether people want to call it a god or a devil, it is the yin and yang of the universe – we need both to have a balance.

I’m still fascinated by these topics and it’s just a quirk of mine. I always look at it like something good is going on and I look on the opposite side and something bad is going on.

I’m looking at the opposite side in a nutshell and maybe it has a lot to do with my Catholic upbringing. Having European parents this was really instilled in me when I was a kid and then I kind of rebelled against it all.

You started working on this record as the pandemic took hold of the world. How has this global impact changed the course and the message of the album?

Infernum in Terra in Latin means “hell on earth” and I really felt that was what the world was going through. At the same time, we were approaching the 10th anniversary of our first album, And hell will follow me, so there was a lot of correlation with it all.

The media, the hype, death, everyone shut down, people interrupted financially or stricken with destitution and despair … I found myself alone and saw it as a perfect opportunity to retire and work in the studio. I have always been at the head of the recording [and I perform] 90 percent of the instruments on all these recordings.

I started to draw aggressively and took some time off. Then in the fall of 2020 I reopened everything again and wrote like the second half of the record – about three or four songs fell in October and November.

For me, lyrically, [it was rooted in] depression, sadness, or people losing loved ones to this virus [which] affected some people, but [not others] – it depended on your physical being and your physical condition whether you were in good health or not [editor’s note: COVID-19 can also negatively impact healthy individuals].

It really destroyed the industry, especially for musicians who relied on an income and made a living from it.

I have tons of friends who were planning to kill themselves while sitting at home and it was time to make the record. Normally I put a lot more time between records, but I can’t wait to work on another record this winter because I’m going to be sitting at home again and touring is still a problem. It just correlates with all the bad things that are going on and the case doesn’t directly touch on the pandemic, but it definitely ties into it in a depressing way.

The record is rooted in the same style as the first three records, but sonically it sounds a bit different. Why was it important to change the way your music will be heard?

I felt it was time for a change. I completely designed and produced this record myself in my studio and sometimes I tend to get a little bored. It was important, being the fourth album, to change things a bit artistically and sonically.

I’ve been a bit more influenced by the doom bands I’ve known in recent years, so it had a little impact on me. I’m going to be even slower and darker and wanted to approach things with more instrument diversity. There has always been a bit of piano here and there on all records, but this record seems to have a lot more piano composed.

I brought percussive stuff. Tubular bells sort of became my thing – it reminds me of church and it just feels natural to have these elements on the record.

I haven’t changed the sounds too much, but the guitar has become more gritty. I think it’s important to keep your root elements fresh a little bit because people can get bored. I figured I would take my chances and change things up a bit – put a little more pepper and salt in whatever we’re making. I like to be a little different, but not to stray too far because I don’t want the fans to be like, ‘Oh, that sounds too different, they’re sold out’.

I’m in the fuzzbox and a lot of retro sounds and we ran it all through old analog tubes to contain that warmth you’d hear in a record from the early 80s or early 70s rather than being completely digitized. and to have a sound too perfect.

I allowed the comments to happen – just a rawness that sounds like you’re in the room with me. It feels real and natural compared to being too polished and smooth like a pop record. I don’t want to be perfect. I agree with the deviations, a little bit of buzz or feedback or noise.

Before A Pale Horse Named Death, you were in Life of Agony and Type O Negative. As a musician, what has changed the most about you during your career with different groups?

I have aged and certainly much more seasoned as a musician and a writer. Like everything, we improve with age. There are so many young talents bursting out right now. Time, although it works against you as a musician, time also gives you wisdom and knowledge through the experience of making record after record.

I’m going to make a record now and I will remember the times I spent in the studio with [Type O Negative keyboardist] Josh Silver, picking up ideas from his techniques or showing how he took an instrument and we were writing. These are the things that are locked in the safe deep in my head and when it’s time to write something I’m going to come back to something or I’m going to pull out a trick that I learned a long time ago. ‘a bag .

You only get these things through experience and being on the stage. Unfortunately, the weather is not on my side as we get older and it becomes more and more difficult to have the capacity to be there. You have more responsibilities, a family, and other things that push you in different directions. It is a compromise.

I have no regrets. I learned some amazing things and I could say that I was part of a few monumental records that made history and long after I left like the rest of us people are going to come back to those records. and say, “Wow, these guys were off the hook. They were on to something amazing in the early ’90s.”

Wisdom and experience only add to this next record I’m making. The best thing you can do is learn from it and keep that in your memory and use it to the best of your ability to make great music even in the future. Despite [the inability to tour] the beauty of having this in my house is that I can go on. If they stop us again, which is possible, maybe I’ll sit here and do another record.

I know I can continue to write music which will be a blessing as I get older. I feel lucky to be with the people I was in the 90s and all the experience of being in these other bands that made huge marks in the business and with the fans.

Thanks to Sal Abruscato for the interview. Get your copy of A Pale Horse Named Death’s new album ‘Infernum In Terra’ here and follow the group on Facebook, Instagram, Twitter and Spotify. Find out where you can listen to Full Metal Jackie’s weekend radio show here.

The best metal songs of every year since 1970

See Loudwire’s picks for the best metal songs of each year since 1970.