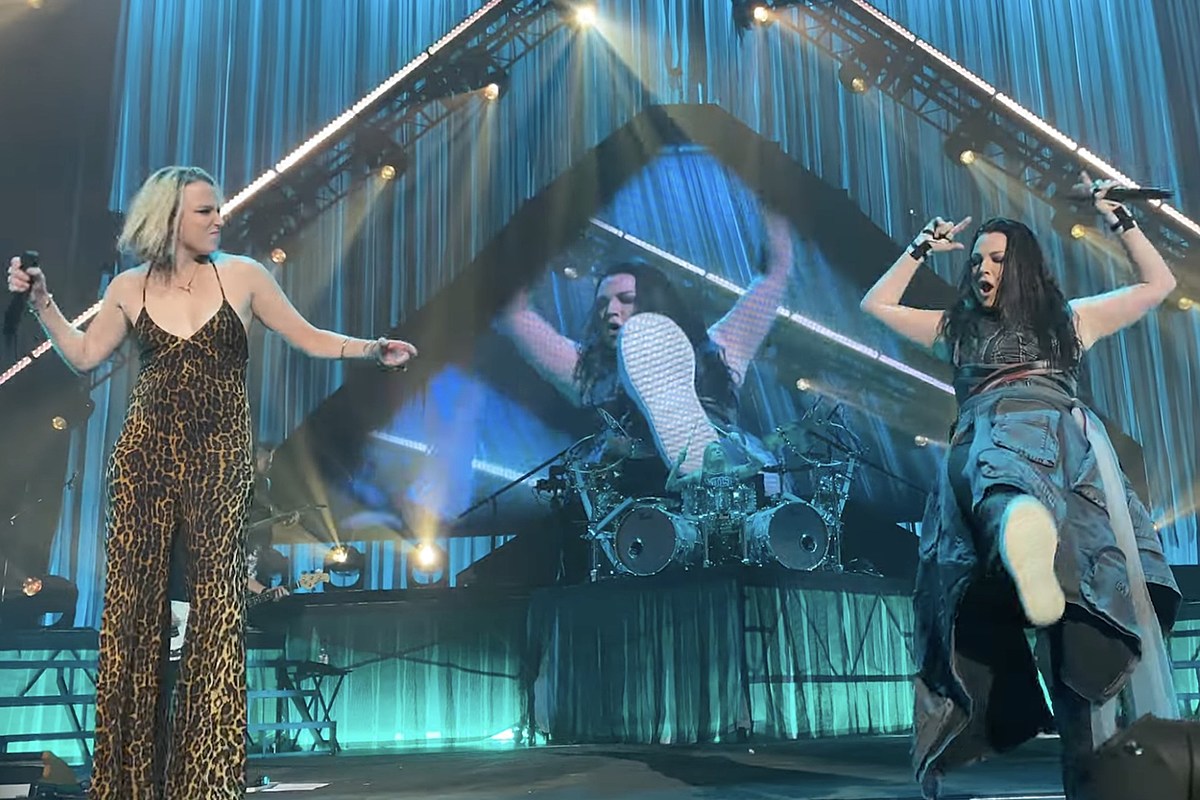 Halestorm’s Lzzy Hale and Evanescence’s Amy Lee teamed up on stage Nov. 5 to cover “Heavy” from Linkin Park. The show at the Veterans Memorial Coliseum in Portland, Oregon kicked off the joint Evanescence and Halestorm US tour. You can watch the video recorded by the fans below.

“With Amy, it’s a talent from another world,” Hale said in a joint Revolver interview with Lee. “Alice Cooper once told me that you can’t teach charisma, you can’t teach that intangible thing that makes you a great person, and Amy has it, she was born with it. You can teach them. people to sing, but you can’t teach people that. When Amy sings she reaches your soul and squeezes it and doesn’t let go until the song is over and you’re like, ‘What -What just happened to me ?! ‘ For me, from a technical point of view, it’s effortless.

“It doesn’t,” Lee added with a laugh.

“Now that being said, as a singer myself, I know how hard you work, but you feel effortless, and that obviously requires paying attention to your craft, knowing your breathing techniques and your skills. areas of resonance and how to navigate them and also how to take care of yourself, especially on the road so you don’t get tired, ”Hale continued. “It takes a lot of work. It takes a lot of discipline and getting to know your body and knowing when and where to hit it or lay on it, how to manage for a show night after night after night. Amy and I don’t mime. We’re not here to lip-sync with the tracks, so there’s a whole different skill set that goes with it. I absolutely admire Amy for never straying from it over the years. For me, I know that I’m really proud to be up there and singing, knowing how to use my voice every night. Collaborating with Amy is so much fun because I know she’s on that level and she’s doing it. worry.

“I’ll just say it, when we sing together – our voices are different but similar across the scale – I end up not hearing the difference between us,” says Lee. “We sing different notes, but when we both lock ourselves in it feels like we’re part of a choir. You feel something is going on and you know you’re part of it. You wonder if it is. will continue even after you stop. It’s just really cool to be synced up with a live singer so much. I think we’re both used to locking ourselves in with our own vocals on a track and syncing perfect backing vocals to whatever we just did, but for it to happen in real time with two different voices, it’s really special, it’s not something that I often experience and it’s just complete fun.

“It’s kind of like a dance too,” Hale continued. “We are waltzing together and we have to listen to each other and to the dynamics, the ebb and flow. Can you dance with your partner?”

“And that takes trust,” added Lee. “We both trust each other. We both know the other person has it, so you can get lost in it.”

The two groups have remained friendly over the years with Amy Lee guest on Lzzy Hale’s Raise Your Horns podcast last year to sing “Break In” and Hale appearing with backing vocals on Evanescence’s song “Use My Voice”. from their new album.

Evanescence and Halestorm first toured together in 2012. They are currently touring the United States in November and December. You can see all of the dates here and watch their cover of Linkin Park’s “Heavy” below.

The 40 best covers of rock bands