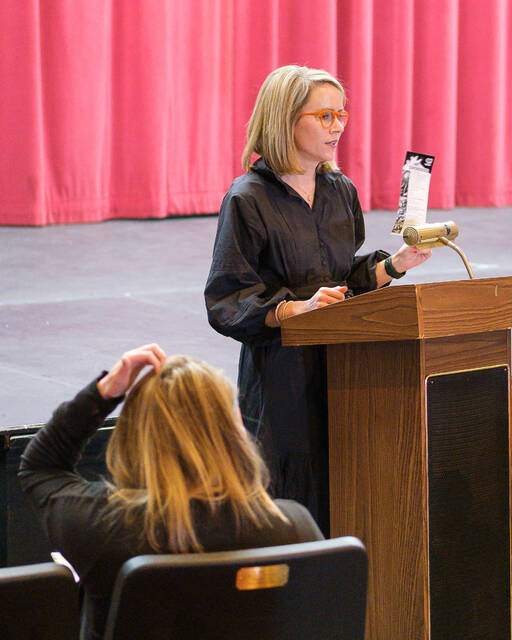 The Surry Arts Council will present ‘The Wizard of Oz’, directed by Madeline Matanick, this weekend.

“This production is dedicated to the memory of Betty Lynn, the girl from Mount Airy in Kansas City who clicked her heels and followed her rainbow to Hollywood, Mayberry and Mount Airy,” the arts council said. about production. Lynn, known nationwide as Thelma Lou of The Andy Griffith Show, died on Saturday

The play will begin Friday at 7:30 p.m. at the Andy Griffith Playhouse. Additional shows will take place on Saturdays at 3 p.m. and 7:30 p.m., and the final show will be on Sundays at 3 p.m. has entertained audiences for generations.

When a tornado rips through Kansas, Dorothy and her dog Toto are taken to their home in the magical land of Oz. There they follow the yellow brick road to the Emerald City to meet the Wizard, and along the way meet the Scarecrow, who needs a brain, the Tinman, who lacks a heart, and the Cowardly Lion, who is looking for courage. Together they encounter The Wizard, who instructs the group to bring him the Wicked Witch of the West’s broomstick, in order to win her aid and send Dorothy home to Kansas.

The production includes classic songs, such as “Over the Rainbow”, “Munchkinland (Ding Dong! The Witch Is Dead)”, “If I Had A Brain/Heart/The Nerve”, “We’re Off To See The Wizard (Follow The Yellow Brick Road)”, “The Jitterbug” and “The Merry Old Land of Oz”.

The Pit Orchestra is made up of Jane Tesh and Teresa Martin on keyboards, Darrell Beck on conductor, Brady Reed on percussion, Pam Parker on flute and Bobby Heller on clarinet/saxophone.

Masks are mandatory for all members of the public. For tickets or other show information, visit www.surryarts.org or call the Surry Arts Council at 336-786-7998.

Tom Sands on honing his craft in the Bay Area and composing the perfect song to test guitars | Guitare.com