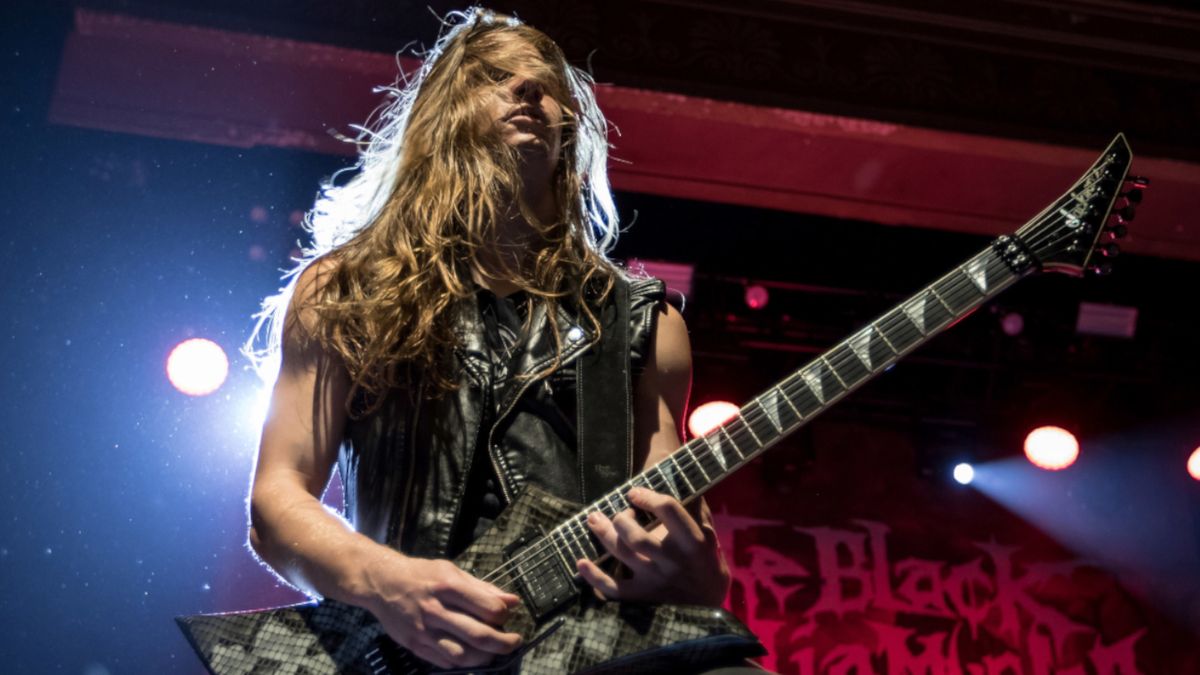 Jackson is well versed in producing cutting-edge custom guitars, having started as a specialty custom shop during the shred boom of the late 70s.

During the film, we take a close look at this unusual guitar built by Jackson Master Builder Joe Williams.

Cutting his teeth at a vintage guitar shop, Williams arrived in Jackson in 2005 where he contributed to many high-profile projects such as the Randy Rhoads Tribute Concorde Replica (opens in a new tab) models.

This guitar is notable for being the first Jackson Kelly made with 27 frets.

“I’ve always been fascinated by guitars with more than 24 frets,” says Ellis.

While he admits that fret travel could easily get out of hand, the guitarist says having 27 frets is of great practical use to him.

“A lot of people, myself included, turn our guitars down,” he points out, referring to The Black Dahlia Murder’s low, dirty C standard. setting.

“For me to play solos and get those nice guitar notes in the high registers that I’m used to, they’re just on even higher frets than normal.

“I actually lose a bunch of frets going down, so I gain them having 27.”

An avowed fan of crackle finishes, Ellis also owns a skateboard with the same paint job.

“It’s just brilliant,” he enthuses. “It was in the 80s and then you couldn’t get it for decades.

“I used to collect these old guitars, but now they’re back in full swing and I’m really excited to be able to gift this.”