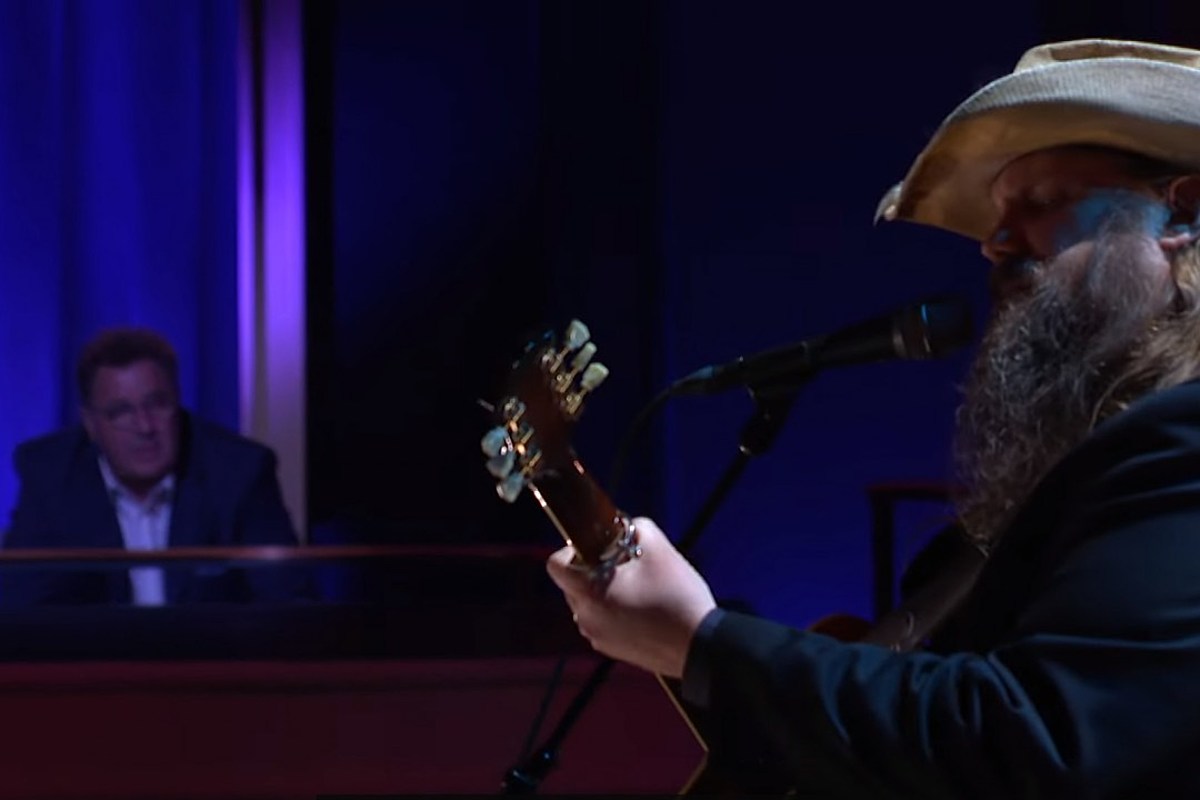 Chris Stapleton was among the many performers who took the stage to honor Vince Gill during a recent recording of a CMT Giants episode. The country superstar paid a musical tribute to his friend and musical hero with a scorching rendition of Gill’s classic ballad, “Whenever You Come Around.”

Stapleton prefaced his performance with a moving speech in which he acknowledged that he was usually a man of few words in public, adding that Gill’s friendship and belief in him were crucial in his own musical journey. The pair have been friends since long before Stapleton’s rise to fame, and Gill was among his first champions on the Nashville music scene.

“I usually don’t talk, but they asked me if I wanted to talk, and I said, ‘Yeah, I want to talk, just a minute,'” Stapleton says in the clip below.

Referring to an earlier speech by Gill about the courage it takes to pursue music, Stapleton told him, “I moved here wanting to be you…you had the courage to cheer me on and you always had time to come watch me play, or invite me on a songwriter tour when I had nothing to do in it. And it really made a difference… I really, really appreciate that, Vince, and I love you from the bottom of my heart.”

Stapleton then delivers a pitch-perfect performance of “Whenever You Come Around,” which gave Gill a No. 2 hit when he released it as the lead single from his When love finds you album in 1994. Stapleton adheres closely to the spirit of the original recording in his performance, but the contrast between Gill’s angelic soul and Stapleton’s bluesy grit imbues his rendition with an inherently bolder vibe than the recording by Gil.

CMT Giants: Vince Gill recorded at Belmont University’s Fisher Center for the Performing Arts in Nashville on September 12. The show is scheduled to air on CMT on Friday night (September 16), starting at 9 p.m. ET. Brad Paisley, Carrie Underwood, Cody Johnson, Sting and others are among other artists who have come forward to honor Vince Gill.

Music school is changing the world, one Rockstar at a time – Cross Timbers Gazette | Denton County South | mound of flowers