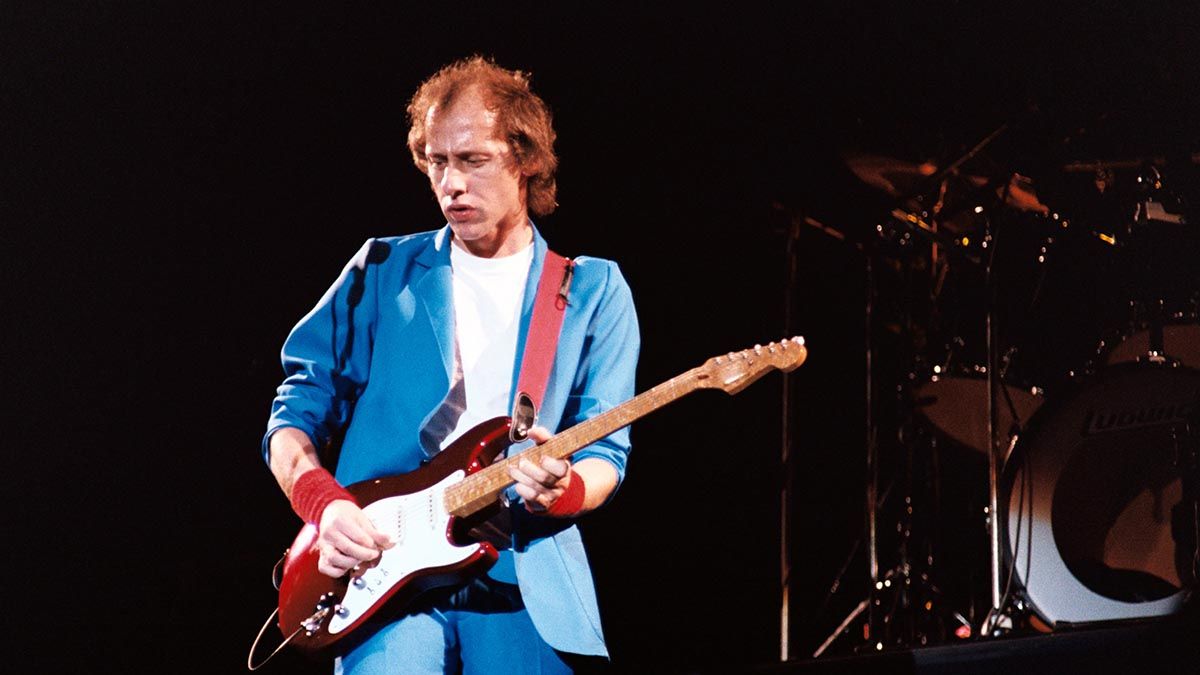 Dire Straits were formed in 1977 by brothers Mark and David Knopfler, with both brothers playing guitar and Mark also singing lead vocals. They were joined in the early years by bassist John Illsley and drummer Pick Withers, and it was this line-up that recorded their first album in 1978.

The band’s sound was distinctly different from that of its contemporaries and had more in common with generic pub rock than with punk, disco or late 1970s rock.

After a gig at London’s Rock Garden in 1977, the band were turned down in their first attempts to sign a recording contract, but after the demo version of The sultans of swing received radio airplay, they were immediately signed to Vertigo Records.

The debut album achieved huge success, including a UK and US top 10 with The sultans of swing, the album also entered the top 10 of all European countries; a sold-out tour and Mark Knopfler and Pick Withers chosen by Bob Dylan to play on his next album – not too bad of a success rate for an album that cost the band just £12,500 to record.

More hits followed, culminating in one of Live Aid’s standout performances in 1985 and the classic album’s mega hit Brothers in arms. Mark Knopfler has had great success as a solo artist, in a duo with Chet Atkins, working with artists such as James Taylor, and as a producer, including producing an album for Tina Turner.

Knopfler’s guitar phrasing and tone are unique and beautifully musical. He is truly one of the few guitarists who can say more with a note than most can say with 100. His technique is equally unique, and he plays entirely with his fingers, without a pick. This led to some of the most instantly recognizable riffs, fills and solos in rock music history.

Knopfler was first influenced by artists such as Elvis Presley, James Burton and BB King and his playing has always been a mix of rock and roll, country and blues, as well as classic rock influences. A further foray into country in the form of a collaboration with Emmylou Harris also led to the Dire Straits frontman’s success.

Our track is in the key of A minor ABCDEFG, but a D major chord is implied by the lead guitar line. This makes the melody more in tune with A Dorian ABCDEF#-G. You will also notice an E Major chord at the end of the progression, which implies E Phrygian Dominant – EFG#-ABCD.

Play with a relaxed feel and only use your fingers if possible, as this will feel the most authentic to Mark’s sound and style.

Knopfler mainly plays Fender Strats and Gibson Les Pauls, as well as a Pensa Suhr custom built by John Suhr so ​​that the HSS configuration and mahogany body can be used for Strat and Les Paul sounds.

He used Fender, Marshall and Soldano guitar amps. For our track, aim for a very clean single coil sound, with a bit of compression, if you have it, and some reverb.

Is it time for a tune-up?