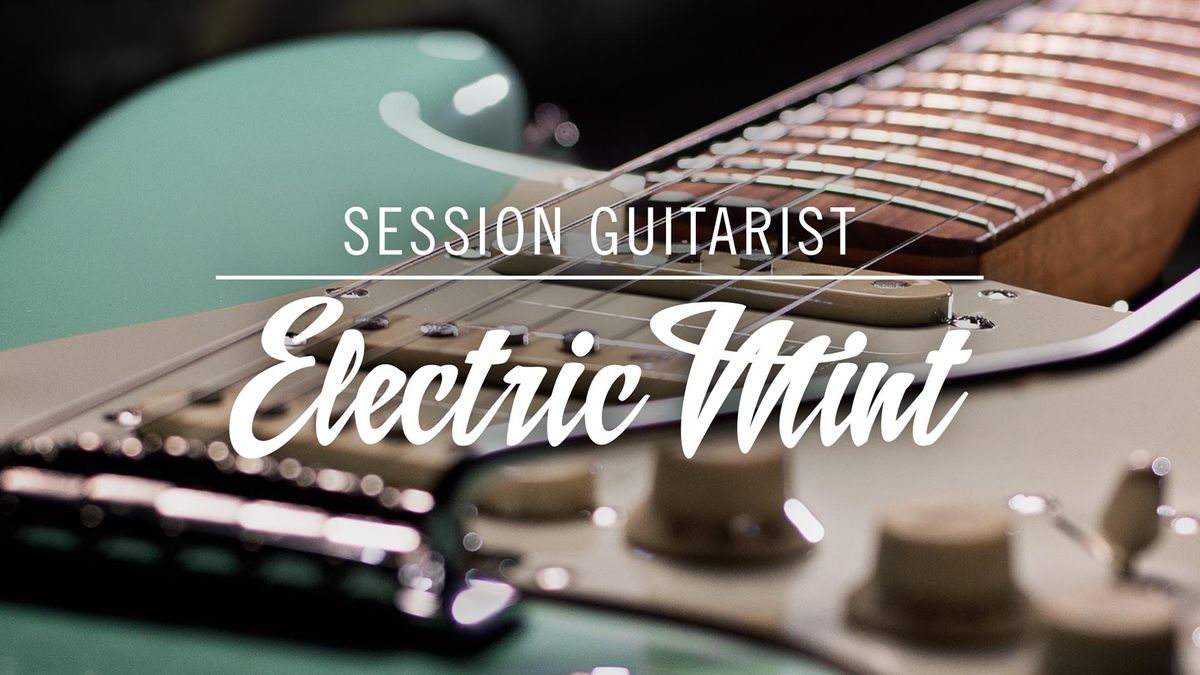 Native Instruments has launched Electric Mint, the latest iteration of its Session Guitarist series of virtual MIDI guitars, based on Kontakt.

Sampled from an original 1960 American-made solidbody electric guitar that one would imagine could have been a vintage Fender Stratocaster, Electric Mint allows users to create licks, grooves and leads in the MIDI editor of their DAW, with 71 ready to use. Use sound presets ranging from clean and DI sounds to crisper, high gain sounds.

Players can dial in the guitar tone to their liking with three combinable single-coil pickups—providing five distinct tonal options in total—as well as virtual volume and tone pots, a control to dial in the pickup signal, and even a stereo doubler.

Like previous versions of the Session Guitarist series, Electric Mint also features a variety of guitar amp and speaker emulations, in addition to new effects including Supercharger-GT compressor, “Cry -Wah” – which comes with a host of modulation presets for additional tonal shaping – convolution reverbs and more.

There’s also a vibrato function for creating natural-sounding guitar phrases, with a finger and tremolo bar available in slow, medium, and fast settings.

The software can also be used as a chord library by dragging any of its included chord progressions, patterns, or voicings into a DAW, where they can be edited at will.

“Whether you’re spinning silky licks and soulful grooves, tearing it up with a roaring solo, or sitting in the pocket with popping funk lines, Electric Mint delivers timeless tones for the freshest productions, with patterns and built-in MIDI chord progressions for any style in one playable instrument,” says Native Instruments.

Session Guitarist – Electric Mint is available now for $99 / £89 and can be used with both NI’s free Kontakt Player and the full Kontakt 6 software.

For more information and to listen to more demos, go to Native Instruments (opens in a new tab).

Filmmore! patrols the school in a new video for ‘Where’s Your Hall Pass?’

Emurse kicks off the party with new song “Rootkit”