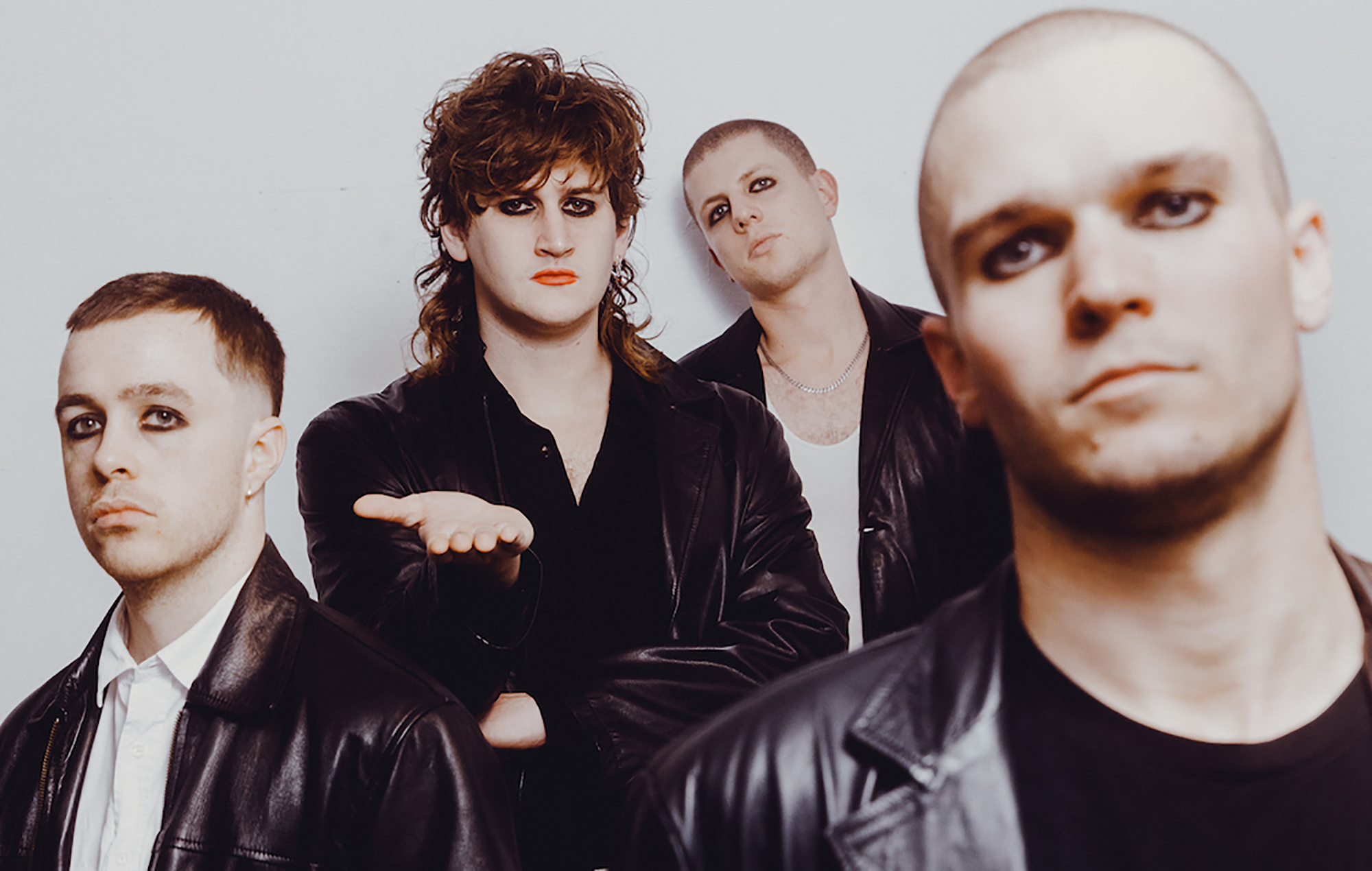 Inspired as much by showy cabaret shows as hardcore punk gigs, Sydney’s Johnny Hunter is a unique force. Their live set is deliciously unbalanced: they encourage mosh pits and the heady atmosphere typical of skramz shows, but perform in freshly ironed suits and pearl necklaces, bold black eyeshadow and lovely red lipstick. . The concept was mooted as a direct response to the local shows they saw three times a week when they formed in 2017, filled with cut-and-paste psych rock bands desperate to be the next King Gizzard or Tame Impala.

Disillusioned with cheap repetition, the band turned to the UK, where post-punk was enjoying a tumultuous resurgence thanks to IDLES, Fontaines DC and Shame. “We’ve seen these bands come up,” frontman Nick Hutt said NME, “and we were like, ‘Why isn’t anyone here doing this!?’ I know there were bands in Melbourne doing this kind of stuff, but especially in Sydney, everybody was either in a psych rock band or an angelic indie band. So we were like, ‘Hey well, let’s just start making the music we want to listen to, and play the shows we want to see.’ »

Spicing up the usual post-punk recipe was Johnny Hunter’s admiration for ’80s new-wave and synthpop. While living with ex-guitarist Ben Wilson (who left the band in 2020), Hutt discovered the first records of U2 – “and I can’t stress enough, early U2 recordings; back when they were trying to make albums that sounded like Joy Division. Naturally, this rabbit hole led him to an obsession with Joy Division themselves, which in turn led to New Order, and of course David Bowie. Tying it all together with Hutt’s soulful tenor and bass – which might recall David Byrne and Tim Finn, but is actually inspired by Frank Sinatra and Roy Orbison – Johnny Hunter had a winning formula on his hands.

It took them a while to find that perfect balance between grimy and grandiose. Their debut EP, 2020’s “Early Trauma,” leaned more towards punk because that’s what worked best on their early gigs. Hutt calls the five-song project their “stepping stone to an album” — a necessary exercise before they can commit to a full album. But while taking those songs to bigger venues and honing their craft as songwriters, Johnny Hunter found himself gravitating to the melodic and synthesized elements of their sound.

After all, as Hutt states, “pop music makes the world go round.” Citing Lorde as a notable influence, he continues, “I’m always likely to write a pop song. It’s really annoying, because I should I just want to write these heavy, edgy songs – and I try to write them, but I always find myself writing some kind of pop chorus instead, and I end up like, “God damn it! Well, I guess it’s going to be a pop song! »

Johnny Hunter’s debut album “Want” is full of these shimmering pop tunes (see the silky ballad “Fracture” or the huge hooks of “Dreams” and “The Floor”). But the work on the disc started long before the work on “Early Trauma”. Three of his songs — “Take Off,” “Clover,” and “Endless Days” — even predate their debut single, 2018’s “One Of A Kind.” “In our youthful arrogance,” Hutt says, “we were like, “These are the best songs of all time! We have to save them for the album!” The “Want” track was also locked early; before they even entered the studio, they snapped the cover photo – bassist Nick Cerone, smoking, with the word scrawled across his bare chest with paint blood red – with Triple One member Billy Gunns in his mother’s garage.

“I try to write these heavy, edgy songs, but I always find myself writing some sort of pop chorus instead, and I end up going ‘Goddammit!'”

But Johnny Hunter needed the passage of time, and the growth it brought them, for “Want” to truly come to life. When the group was formed, they had neither big ambitions nor serious intentions. “We were all pretty immature kids,” Hutt says, “and we drank all the time, did drugs, and went out every night… But you realize, when you start trying to make a living, and you work to try to achieve that dream and fuel your ambition, that it’s not really about that.

It didn’t start out as such, admits Hutt, but somewhere along the line “Want” became an outlet for Johnny Hunter by “accepting the fact that we had to grow up.” Even those early songs took on new forms when Hutt reflected on them – in hindsight, “Endless Days” is about “how completely naive I was in my youth”. Hutt sings wistfully how “divine happiness is hard to find» and laments his «wasted time”, but it was written in the back of a van en route to a gig in Byron Bay, where the band’s biggest worry was whether they would be able to find a kebab joint afterwards.

Hutt’s outburst of naivety is chronicled in some of the more recent songs on the record. “Cry Like A Man,” for example, was etched in memory the first time Hutt faced domestic violence, when he was called in to rescue a friend from their abusive partner.

“I was trying to look Star Wars: The Phantom Menace and it ruined my night,” he recalls, “but obviously it ruined a whole relationship and countless friendships. The person was walking around like a macho and totally supporting themselves, like, ‘What else was I supposed to do?!’ And I was just disgusted. I was like, ‘Man, if you just stopped for five seconds, took a few deep breaths and cried a little about this, you’d be fine.’ It was a real turning point for me, where I was like, ‘Oh, that’s why the world is the way it is…'”

“We’re empowered to write the songs we do and perform the way we do, because we’re so comfortable in our own skin with each other”

During the process of creating “Want”, Hutt learned a lot about himself. He adopted a unique form of acting method, living in his on-stage persona of Johnny Hunter for the duration of production. “I would wear my suit to the studio and say to everyone, ‘This is work. And everyone was like, ‘Yeah man, I know, we’re working.’ And I was like, ‘No, it’s work,'” he explains. “It just showed me that I’m so passionate about it – that [developing this band] is the only real thing I want to work towards… Which is good to know about myself. I have the impression that before, I did not know myself too well.

It also galvanized the camaraderie of Johnny Hunter, which Hutt describes as a kind of “crass honesty.” He clarifies: “There is no ego in it. I’m the only real diva in the group, who takes it down a notch from time to time. But if someone’s an asshole, we’ll tell them they’re an asshole, you know? I think it really helps in our songwriting [because] we don’t have to worry about hurting feelings. It allows us to write the songs we do and perform the way we do, because we’re so comfortable in our own skin with each other.

This is where the spirit of Johnny Hunter resides. “We want to be the best we can be for each other,” Hutt says, and “Want” reflects that: “It’s a very honest and vulnerable record, and it sparks a serious passion in us as that group. I hope it ignites the same passion in the people who listen to it.