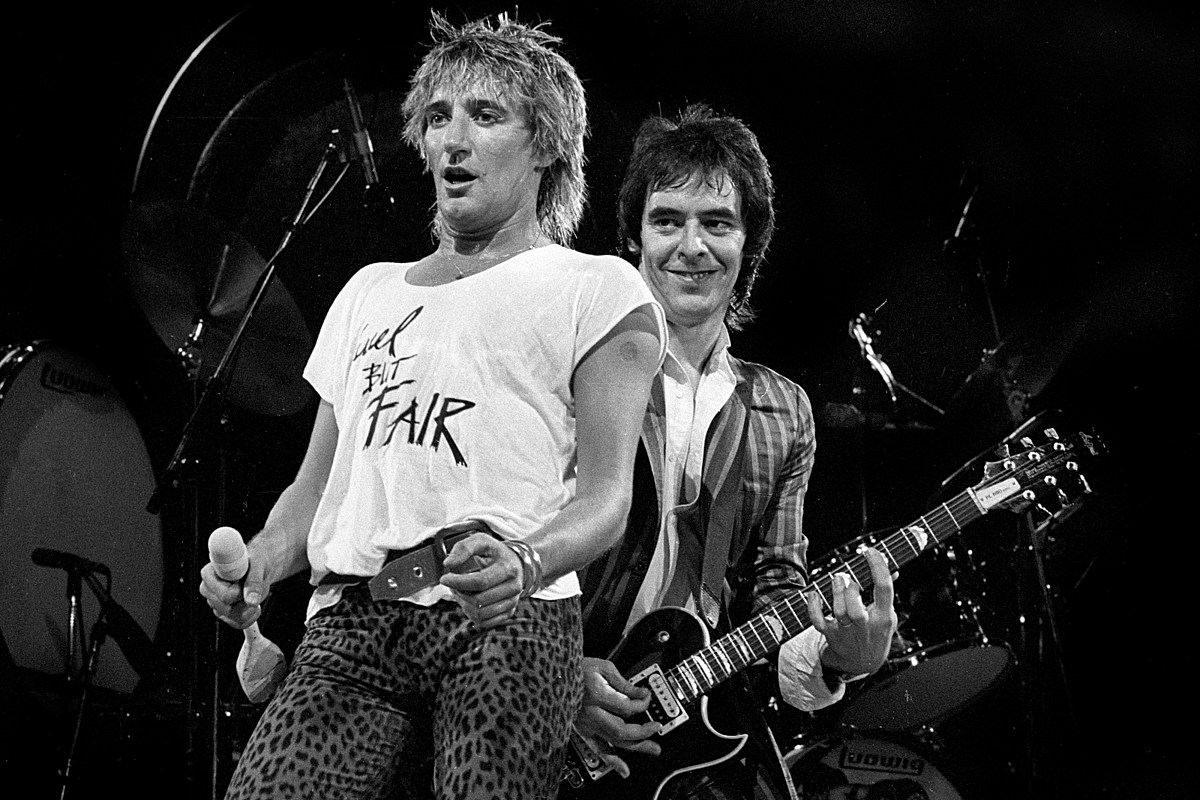 Robin Le Mesurier, the guitarist best known for his long association with Rod Stewart, has died at the age of 68.

Born in London in 1953, the future rocker grew up in a family of artists. His father, John Le Mesurier, and mother, Hattie Jacques, were each successful actor in their own right, having performed on television, in movies and on stage.

By the time Robin was 10, his parents had broken up, but that didn’t dampen his fascination with the entertainment world. Le Mesurier would go into music, idolizing guitarists such as Jimi Hendrix, Eric Clapton, John Lee Hooker and Jeff Beck.

The budding rocker has bounced around a few early bands, including the novelty pop rock group the Wombles. He worked as a session guitarist in the late 1970s, touring with Air Supply (among other artists). This group opened for Stewart in 1977, giving Le Mesurier his first connection with the famous singer.

The guitarist then joined the Rod Stewart Group in 1980 and performed on five of the rocker’s albums over the next decade: Tonight I’m yours (nineteen eighty one), Body Wishes (1983), Camouflage (1984) and Every beat of my heart (1986), as well as the live album of 1982 Absolutely live. He would later play on a song from Stewart’s LP in 1991 Wandering heart and six tracks for the singer’s 1995 album A key in the works, including the song “Delicious”, co-written by Le Mesurier.

The guitarist also contributed to Ronnie Wood’s solo album in 1981 1234. When former bandmates Faces Wood, Stewart and drummer Kenney Jones reunited for a reunion tour in 2015, Le Mesurier joined the band for the trek.

In a tribute posted on Instagram, Stewart called Le Mesurier â€œa Rock & Roll soulâ€. In his own tweet, Wood wrote: “Rest in peace Robin, I have so much respect for you ~ you will be missed.”

In memory of the musicians, actors, producers and others who died in 2021.

Celebrate TB-303 and get a free Baby Audio plugin with Computer Music number 303!