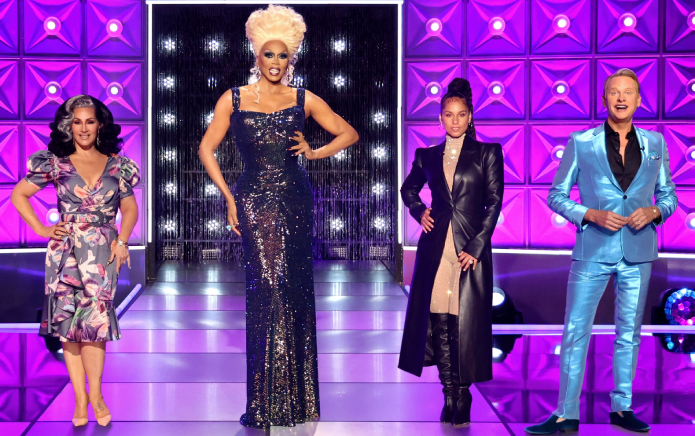 Like last week, the girls’ first maxi-challenge made them prepare a unique talent for the next CNT.

Of course, as the queens came out of the drag, the conversation quickly turned to who the “trade” of the season was.

The conversation then led to the subject of a “gold star”, meaning someone who has not had sex with someone of the opposite sex.

While a majority of the cast admitted to never having sex with women, Deya made sure to point out that Maddy is no gold star.

“I know Maddy identifies as a straight male. I don’t think that’s something that’s happened in Drag Race history before,” Deya said in a confessional. these girls are going to be rocked.”

However, it didn’t take long for Mama Ru to burst this bubble, when she brought it up during her meeting with Maddy.

“Now you’ve made history as our first consecutive contestant,” Ru said. “Now are you afraid that when you leave here you won’t be straight?”

After the bombshell was revealed, the queens were gagged, shocked and completely stunned.

“Woah, Maddy is straight? A straight drag queen. Wow, this is something new,” Angeria said.

Mama Ru then asked Maddy how she first got into dating, to which she revealed that To Wong Foo was her first taste of the business.

After the dust settled, the queens continued to praise Maddy for her drag journey and the safety of her sexuality.

“Being a full-fledged drag queen and being straight is like crazy to me. It kind of gives me crazy respect for her,” Lady Camden said.

“Because you have to be really comfortable with your heterosexuality to put it all away and put on a wig and gack gitty gack.”

Ahead of the CNT second round, the queens received a surprise visit from guest judge Alicia Keys – who also gave them some inspirational advice.

“The reason you inspire me is because I feel like we shouldn’t be holding back,” she said. “It’s your time, it’s your time and you’re going to show everyone how special and amazing you are.”

Locked in and loaded with talent, the contestants took to the stage to show off their immersive abilities.

Jorgeous started CNT off with a bang with a stunning lip-sync to Dua Lipa’s track Last Dance.

Jasmine followed that up with another dance-filled lip-sync number that left the judges wanting more.

Lady Camden took us to ballet with their hybrid performance which included pirouettes, leaps and stacks – all in heels.

Deja gave the judges a pep tutorial with an original southern belle print.

The judges were then treated to Maddy’s sultry and catchy guitar solo.

Angeira ended the CNTs with a lip-sync to her own track filled with intricate dance moves and costume changes.

The queens were then tasked with hurtling down the runway in their ‘iconic drag’.

After the judge’s deliberation, Angeria was named the winner of the maxi challenge – which let Deja Skye and Daya Betty face off in a lip-sync battle.

In the end, Deja won over Mama Ru with her passionate performance on Alicia Key’s hit record Fallin.

In next week’s episode, the two sets of queens finally come together ahead of an extravagant fashion ball.

Check out all of the fan reactions for episode two below.

maddy sitting like this in untucked send me #drag race pic.twitter.com/IsTHzMeTFp

the drag race trainees arrive on the first day and are told to empty 1000 mini tic tac bottles into a huge bowl #drag race pic.twitter.com/GnA8WtHoUr

Daya Betty to the rest of the girls after seeing Maddy #Drag race pic.twitter.com/AT9pVHNvh8

there’s just something about the winners of the first challenge #Drag race pic.twitter.com/ZIbflPQBiT

there’s just something about the winners of the first challenge #Drag race pic.twitter.com/ZIbflPQBiT

This is just his first lead. This is a final look. Can’t wait to see what else she brings to the stage #Drag race #rpdr pic.twitter.com/s8me0kZr6d